The Discovery of the World Treasure in Buddhism
Tweet

For the occasion of Magha Puja Day and the celebration of the 2600th of the enlightenment of the Buddha, the Dhammachai International Research Institute (DIRI) in Australia and New Zealand, together with the committee on Religious Affairs, Contemporary Art and Culture, Member of the House of Representative, and other international Buddhist organizations, decided to organize these lectures on Buddhism by inviting the two renowned scholars, Professor Dr. Zemaryalai Tarzi and Professor Dr. Richard Salomon to present in Thailand. (Simultaneous translations provided) Professor Dr. Zemaryalai Tarzi, an internationally renowned archaeologist, has discovered and preserved the Buddhist centre of Bamiyan, Afghanistan, a site where the largest and tallest standing Buddhas in the world were carved. He was the professor of Eastern Archaeology at the the University of Strasbourg, France. His topics are “The Excavations of the Monasteries of Bamiyan, Afghanistan” and “The Excavations of the Monasteries of Hadda, Afghanistan.” His discovery articulates the success and accomplishment of the Buddhist culture within Bamiyan that had existed for a long time. The bombing of the standing Buddhas in Bamiyan shocked Buddhists all around the globe, however the bombing led to more discoveries of Buddhist manuscripts Professor Dr. Richard Salomon is an expert in Buddhist manuscripts in the Sanskrit, Prakrit and Gandhara scripts and the director of the Early Buddhist Manuscripts Project, from the University of Washington, Seattle in USA. His topic is “Changes in the History of Buddhism as Affected by the Discovery of Early Buddhist Manuscripts.” The result of his study accumulated evidence that changed the history of Buddhism. 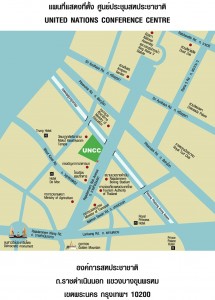 Topic: “Changes in History of Buddhism as Affected by the Discovery of Early Buddhist Manuscripts” 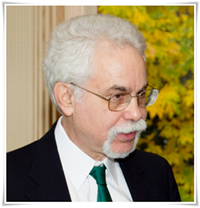 Prof. Dr. Richard Salomon the professor of Asian languages and literature at the University of Washington, USA. He has been a director of the Early Buddhist Manuscripts Project (EBMP) since 1996, to study the World’s Oldest Buddhist Texts-Lost for 1900 Years-of which he is one of a handful of scholars in the world to be able to read and understand.     Topic: “The Excavations of Monasteries of Bamiyan, Afghanistan” “The Excavations of Monasteries of Hadda, Afghanistan” 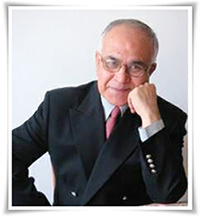 Prof. Dr. Zemaryalai Tarzi an internationally renowned archaeologist from Afghanistan. He directed the excavations in Buddhas of Bamiyan and Hadda. In the aftermath of the Taliban’s destruction of the Buddhas of Bamiyan, swiss filmmaker ventures to Afghanistan’s Bamiyan valley with him to comprehend the destruction and study the history of the legendary statues.